The Investment Promotion Agency Invest Monterrey held the first edition of the ‘Invest Monterrey Business Talks Europe’ on September 9, 2021, event that had as its main objective to promote business development between Mexico and Europe.

Among the more than 200 attendees in face-to-face and virtual mode, important personalities from organizations of the public, private and academic sectors were present, as well as executives of European companies operating in Monterrey, decision-makers of European companies that are currently considering Monterrey to establish a new investment project, diplomatic representatives from the Mexican embassies in Europe and from European embassies in Mexico and, dozens of Invest Monterrey associates. 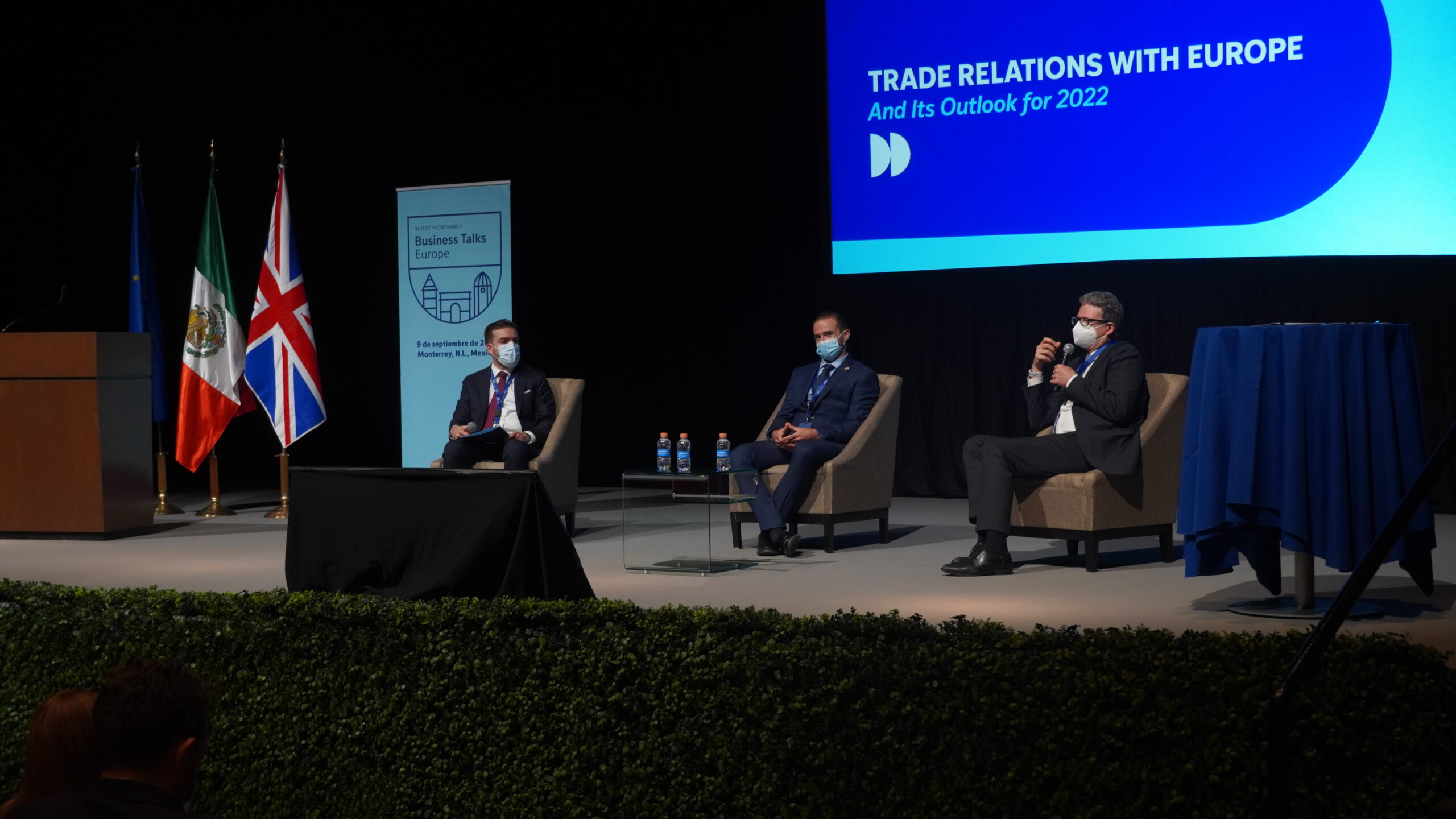 The event included a program of important conferences and panels by personalities such as Alexandre Nogueira, CEO of Mercedes-Benz Buses Mexico, and Nancy Sánchez, General Director of Grupo Lego Mexico, who shared the remarkable success story of the German and Danish company respectively.

Rory O’Kane, Consul and Director of the Department of International Trade of the United Kingdom in Mexico, and Andreas Müller, Deputy Director of the Mexican-German Chamber of Commerce, and Industry in Mexico, participated through a moderated panel in which they discussed the trade relations with Europe and its outlook for 2022.  Héctor Tijerina, Executive Director of Invest Monterrey, shared a valuable presentation about the perspectives on current and future relations between Mexico and Europe.

Antonio Basagoiti, President of the Spanish Chamber of Commerce in Mexico (CAMESCOM) and President of EUROCAM, shared with the attendees a message on behalf of all the European Chambers of Commerce operating in Mexico, and signed a Collaboration Agreement together with Andrés Ochoa -Bünsow, President of the Board of Directors of Invest Monterrey. Through this agreement, both organizations reaffirm their commitment to collaboration to facilitate and encourage participation in projects that promote economic development. 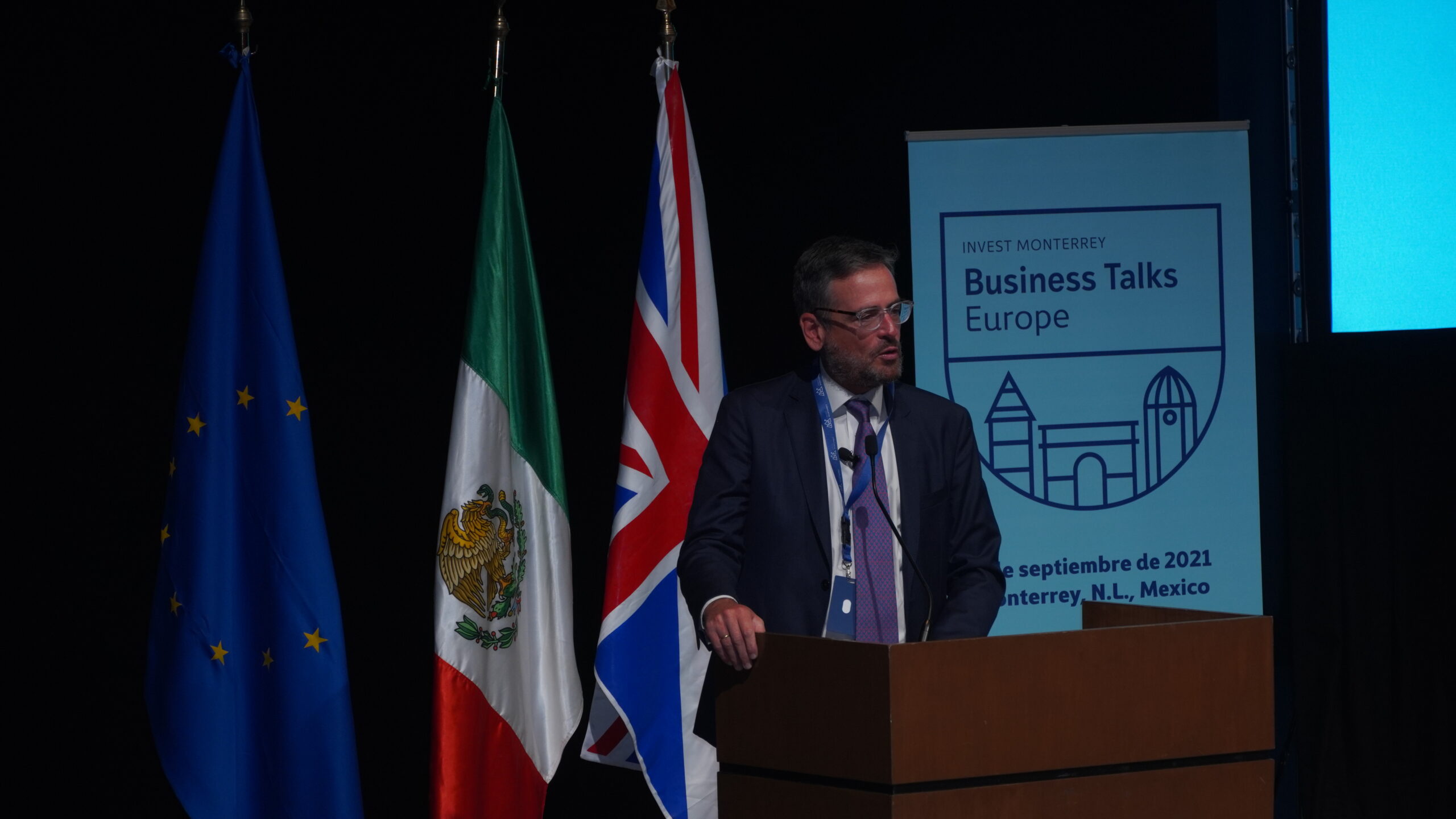 Within the framework of the event, José Angel Zapata, Aeroméxico’s National Sales Director, revealed details about the new direct flight that will connect the cities of Monterrey and Madrid, which will begin operations as of December of this year.

As the closing speech, Mr. Jorge Peydro Aznar, Head of the Economic and Commercial Section of the Delegation of European Union in Mexico, presented a keynote conference in which he shared the main opportunities generated by the modernization of the Trade Agreement between Mexico and the European Union.

Invest Monterrey will continue working to position Monterrey, internationally, as the best destination to invest and do business in North America. 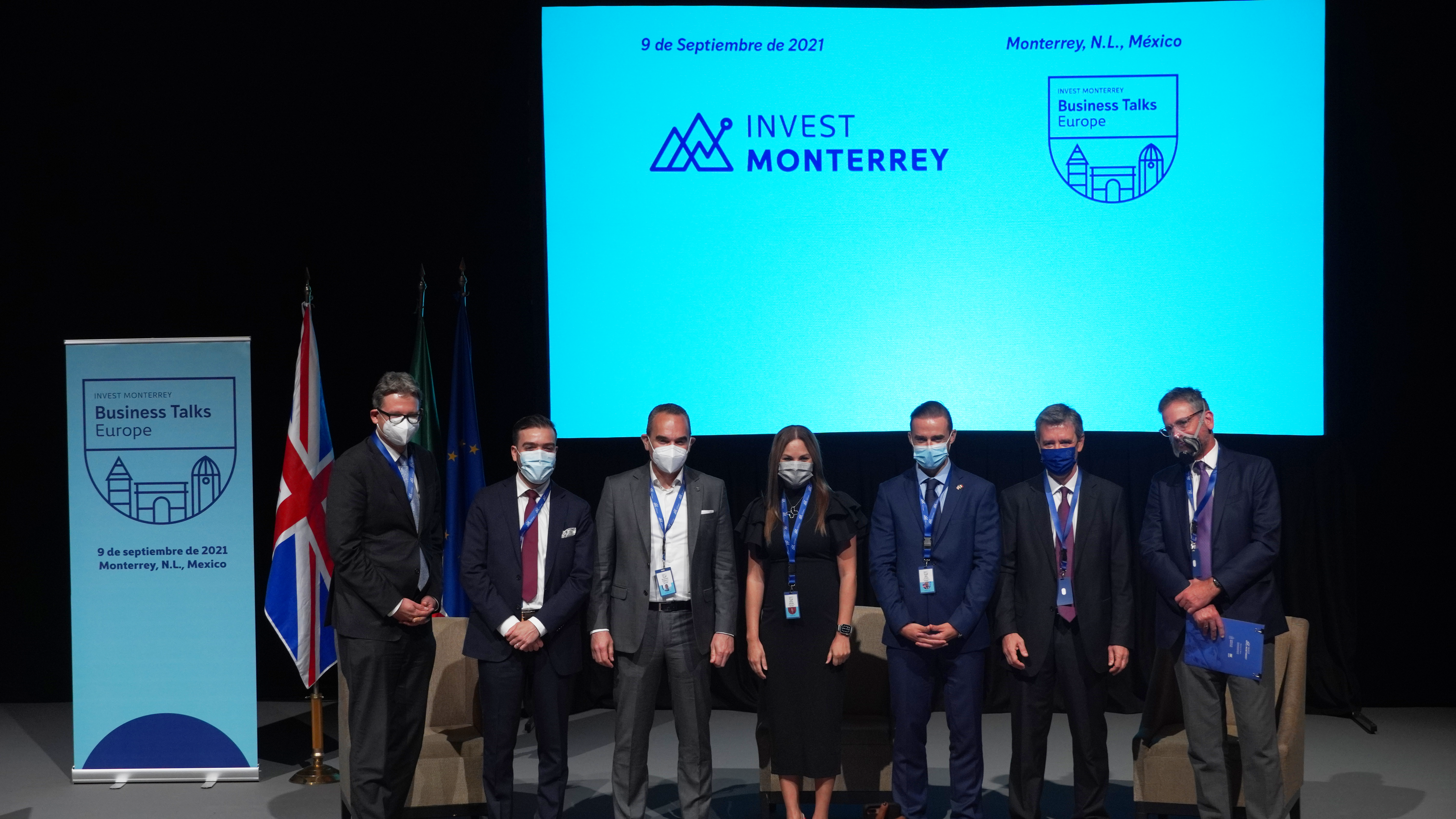 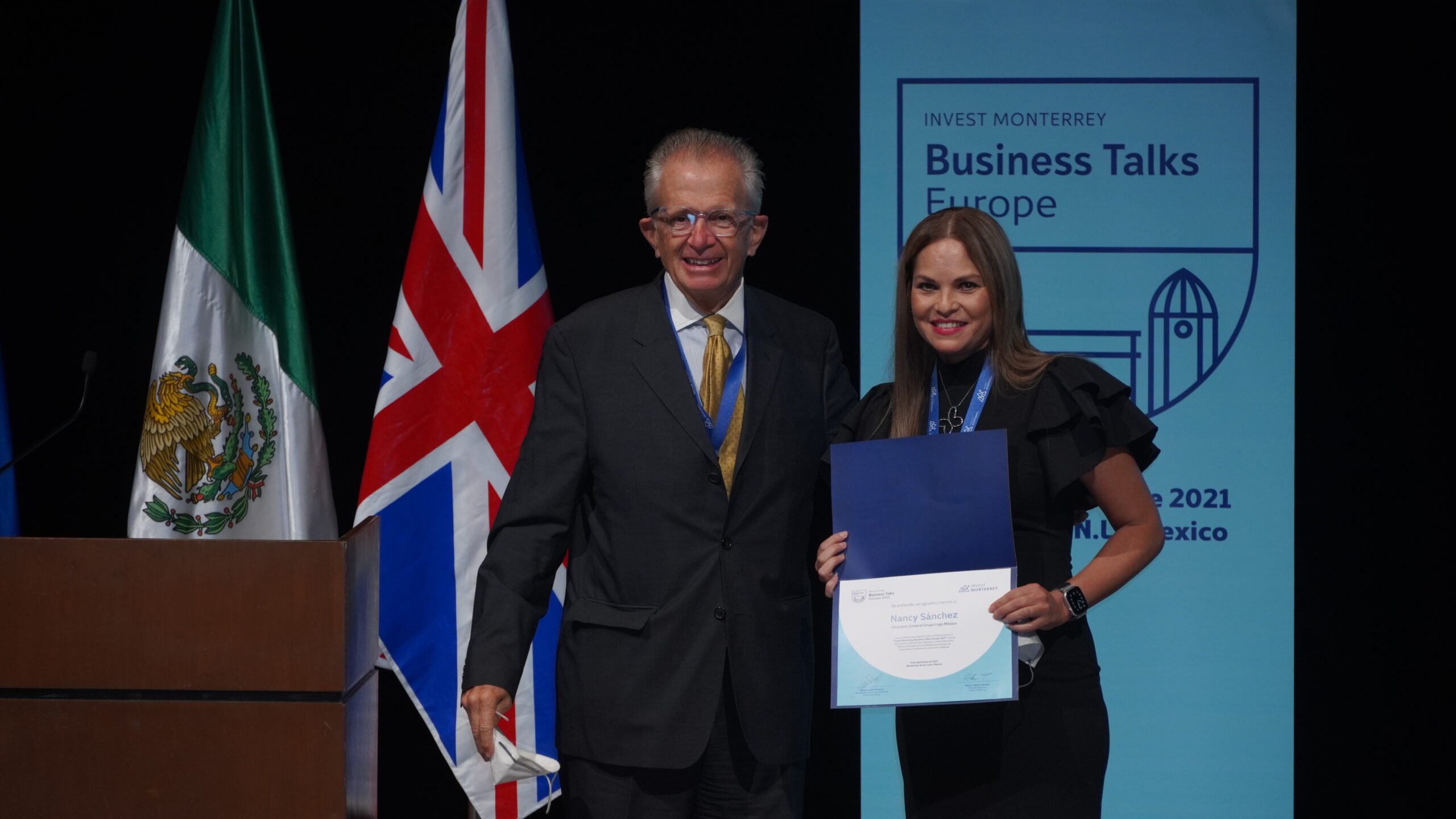