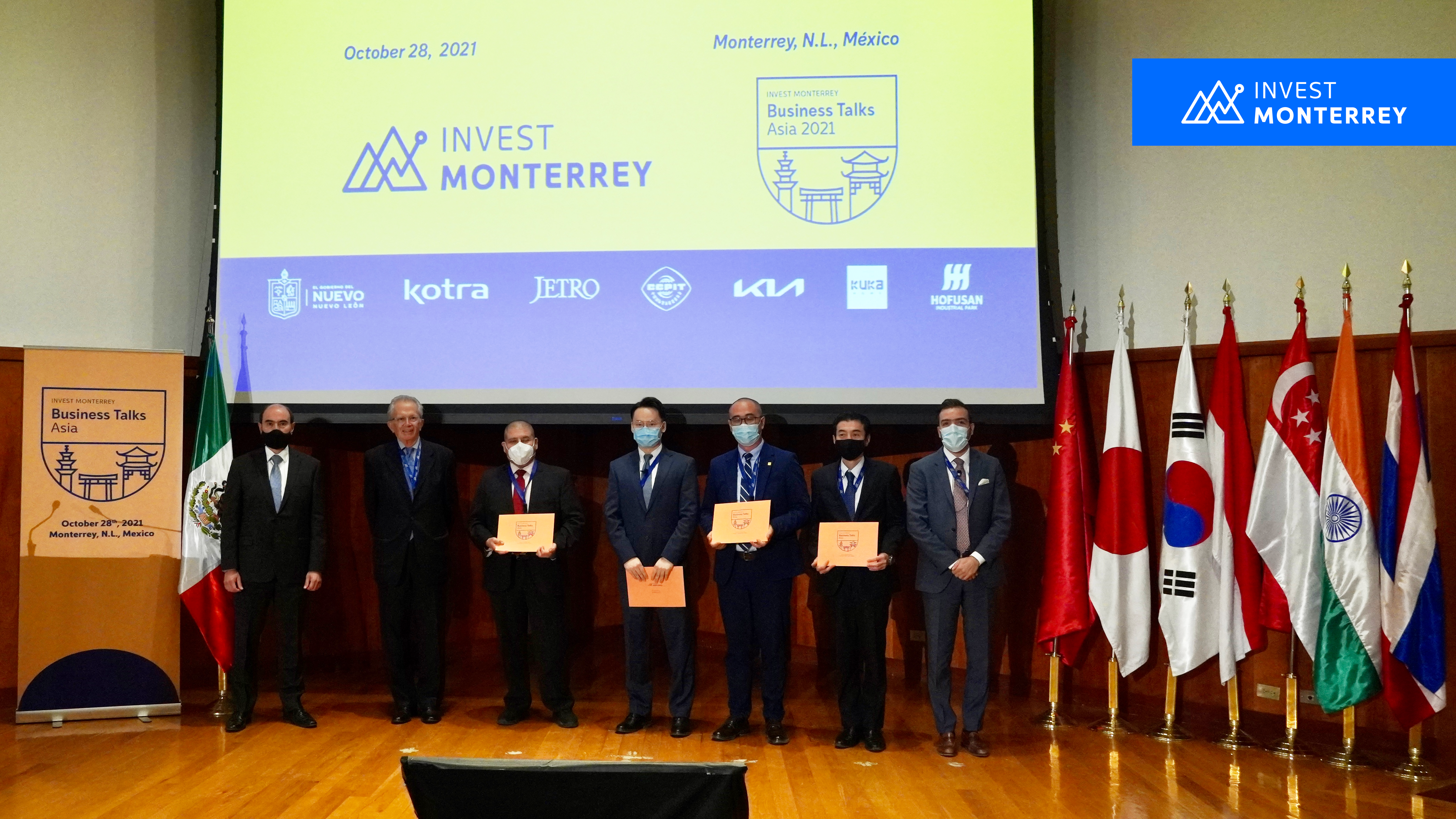 From 1999 to Q2 of 2021, Nuevo León has attracted more than 4.6 billion dollars in Asian investment, making it the third largest Asian investor in the country.

With the aim of promoting the state as an attractive destination to invest and do business, Invest Monterrey, the investment promotion agency of the state of Nuevo León, held the first edition of Invest Monterrey Business Talks Asia.

Iván Rivas Rodríguez, Secretary of Economy of the State of Nuevo León, was the guest of honor; he opened the conference program with a message in which he highlighted the state’s competitive advantages in terms of infrastructure, human capital, strategic location, among many others.

In a virtual and on-site model, conferences were given by representatives of promotion agencies and companies from foreign countries. Simon Huang, CEO of Kuka Home Mexico, shared with the audience the success of the company’s operations after two years in the state.

Victor Aleman, senior manager of KIA Motors, also shared the Korean company’s remarkable success story: after five years of having started manufacturing vehicles in the state, they have managed to produce more than 1.2 million units and export a little more than one million of them.

Currently, KIA’s operations in Nuevo León are a benchmark in the implementation of high technology in manufacturing processes.

Jiang Xin, vice president of Hofusan Industrial Park, highlighted the success of the park’s operations since its installation in Nuevo León in 2017, with emphasis on the highlights they have obtained and the testimonials that the companies currently installed in the park have shared.

At the end of the conferences, a networking event was offered with the purpose of creating a space to establish communication channels between Invest Monterrey associates and the important Asian companies that attended the conference program.

More than 380 Asian companies operate in Nuevo Leon: KIA, Hyundai, Denso, Lg, Sumitomo, Nidec, Kuka Home, Hisense, Lenovo, among others. With events like this one, Invest Monterrey will continue working to position Monterrey internationally as the best destination to invest and do business in North America.