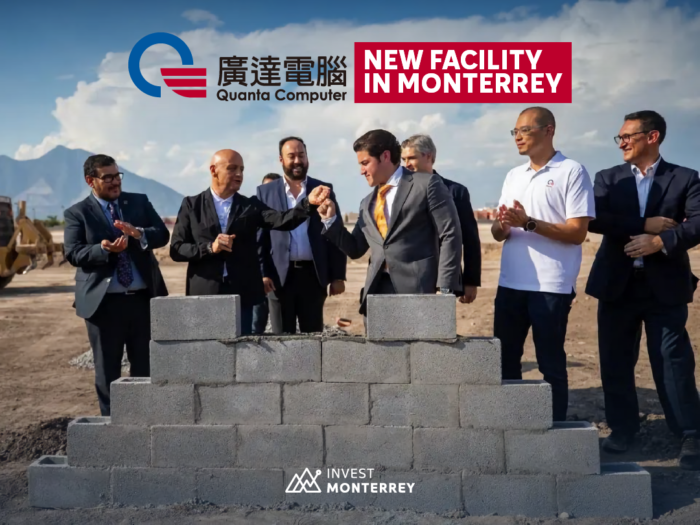 “It’s electronic manufacturing, it’s a device that helps control different functions of a vehicle, it’s the most complex machine we are manufacturing,” for electric vehicles, said Pedro Campa, the company’s vice president of operations.

“In almost seven months we went from zero to 1,400 employees and by the end of the calendar year we expect to have 2,000 employees, we are hiring a lot of people, the most critical are engineers,” he highlighted.

Nuevo Leon’s Governor, Samuel Garcia Sepulveda, commented that Quanta Computer Mexico decided to expand its plant to finish production faster and generate 2,000 jobs by the end of this year.

He explained that he toured the factory with company executives, and they commented that they are taking advantage of nearshoring to be close to their main customers in the United States.

When Governor Samuel García Sepúlveda laid the first stone of the new plant, he said that “Nuevo Leon is going to open one foreign investment plant per week”.

He also assured that Nuevo Leon offers the necessary conditions and infrastructure for the most advanced industry to settle and grow in the region.

“The fact that Quanta Computer has settled in Monterrey and has decided to increase, in just one year, to a thousand employees, as well as to finish its production lines in six months, its warehouses in less than a calendar year, speaks of how advanced, productive and progressive Nuevo Leon is,” he said.