LEGO is making their largest facility in the world even bigger! 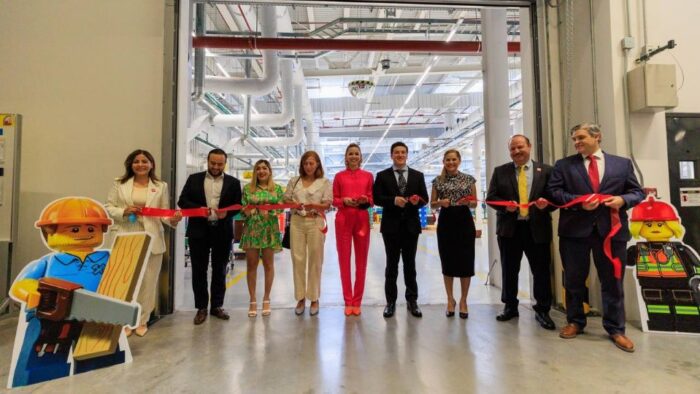 The Danish toy manufacturer Lego just held a grand opening ceremony for its most recent expansion in Monterrey, while also announcing another one coming. Both expansions represent a $500 million USD investment and the creation of 1,000 new jobs that will add up to the 5,000 existing ones.

This new facility will add an automated warehouse system, processing, and additional molding machines that will surpass the 1,000 milestone. It is clear that their already large production capacity of around 90 million elements per day will increase exponentially.

This facility is so important for the making of Lego pieces because it represents 30% of their worldwide production. Its 95 packaging lines allow them to export 95 million boxes per year mainly to the North American market every single LEGO brick from Canada to Argentina has been produced in Monterrey.

Keeping up with the growing operation they’ll add 1,000 new workers to their current labor force of 5,000 employees. Since their arrival to the city in 2008, The LEGO Group has been expanding almost every year and they don’t intend to slow down anytime soon.

These recurring expansions are made possible due to the modular system in which the LEGO factories are built around the world, which was used for the first time when building the initial Monterrey factory in 2008, allowing the company to react and adapt more quickly to the demand for LEGO pieces.

Nuevo Leon keeps attracting Danish companies establishing operations in Mexico. Since 1999, corporations from the European country have invested $999.3 million USD in the State, representing 43.5% of the national total and making us the largest recipient of Danish FDI in the country. Denmark is also the fifth largest European investor in Nuevo Leon. Currently, there are more than 21 Danish companies operating successfully in Nuevo Leon, among them Lego, Polytech, and Danfoss.