This past week, the summit of North American leaders, nicknamed ‘The Three Amigos Summit’, was conducted in Mexico City. Andres Manuel Lopez Obrador, Justin Trudeau, and Joe Biden met for three days to discuss the current topics on which the three countries are actively collaborating. Most importantly, the concept of North America as a strong trilateral free-trade bloc was sustained.

One of the most important achievements of this summit was the creation of a new committee, which will have the responsability to substitute imports, mainly from Asia, and increment the national content used in the production of finishedgoods. This is a positive step in the rapid integration and cooperation of the three economies.

Immigration was another important topic discussed during this summit, as recent changes to the US immigration policies stated that Haitians, Cubans, and Nicaraguans will be immediately expelled at the southern border, even though they are looking for asylum. On the other hand, Washington will be offering up to 30,000 parole spots monthly for people from these nationalities, as long as they enter the country in a plane and have a U.S. sponsor.

Joe Biden had a clear target on its agenda for the summit: promoting semiconductor manufacturing inNorth America. The disruption of the value chains due to the Covid-19 pandemic made semiconductors scarce around the world. The US passed last year the Chips and Science act, which incentivizes the manufacturing of semiconductorsin the country. US officials stated that they are eager to cooperate with Mexico, as it has potential for the research, manufacture, and package of chips. The three presidents announced that they will co-host an event in the first half of 2023 to establish better coordination on this topic going forward.

The roles of each government were established. It was made clear that investments had to be made to better the infrastructure of logistics and customs, invest in human capital, facilitate the establishment and expansion of industrial facilities, help small and medium businesses with financing and technology, and generate innovative processes in industrial activities.

In general, the ‘Three Amigos Summit’ was considered a success by members of the public and private sectors. Markets showed a positive reaction to the results of this summit. 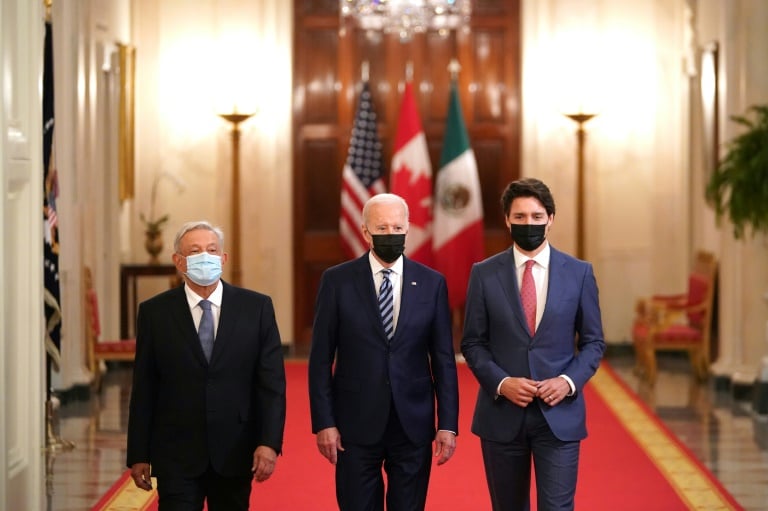