Invest Monterrey is leading a delegation that will be conducting a business mission to Japan this week to promote Monterrey as one of the top destinations to invest and do business in North America.

The agenda includes multiple meetings with important Japanese companies and business organizations in cities like Nagoya, Kyoto, and Tokyo.

Partnering with the Embassy of Mexico to Japan and JETRO (Japan External Trade Organization), Invest Monterrey organized the seminar “Doing Business in Mexico: Monterrey I Nuevo Leon”, that will take place next Tuesday in Tokyo. In this seminar, the delegation of experts will have the opportunity to share valuable information on different topics to Japanese companies that are currently considering establishing an operation in Mexico.

The seminar will be headed by the Ambassador of Mexico to Japan, Ms. Melba Pria, and Mr. Atsushi Takata, JETRO’s Senior Director for Global Strategy. JETRO is a government-related organization that works to promote mutual trade and investment between Japan and the rest of the world.

During the week, the delegation will also be participating with a booth at ‘Automotive World 2023’, the world’s leading exhibition for advanced automotive technologies, and NEPCON, Japan’s leading exhibition for companies in the semiconductor industry. More than 70,000 attendees and 1,000 exhibitors are expected during three days at Tokyo’s largest convention center.

“This a great moment to promote our country in Japan, as companies in high-tech industries are regionalizing their supply chains. Monterrey is a gateway to the most attractive region in the world: North America.”, stated Hector Tijerina, Executive Director of Invest Monterrey.

Japan as a key investor in Monterrey:

Monterrey is one of the leading recipients of Japanese Investment in Mexico.

One of the most important investment announcements in recent years in Monterrey was made by Kawasaki, who will soon start operations to produce power sports products. 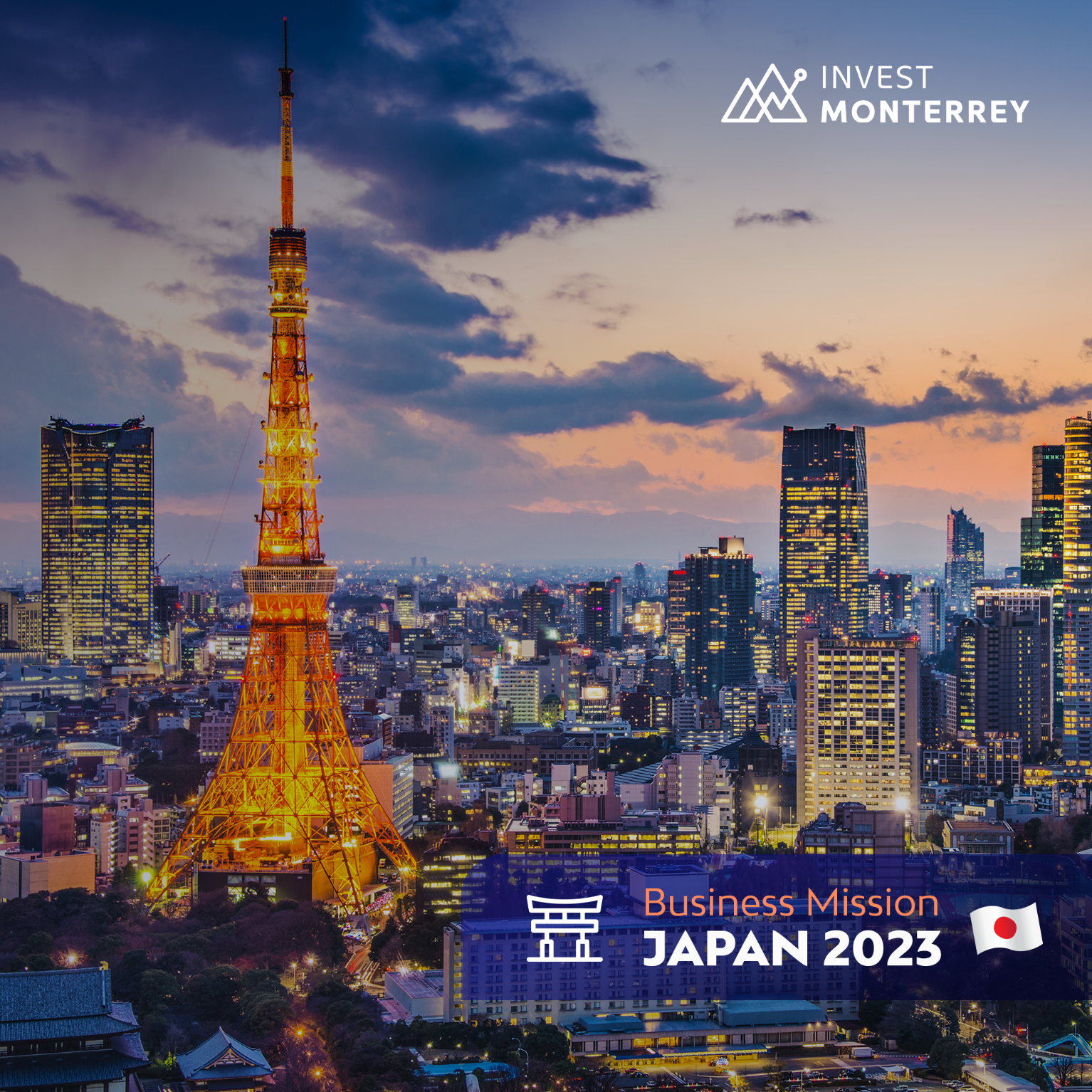