Invest Monterrey wraps up a productive trade mission to the UK

A trade mission to the United Kingdom led by the Ministry of Economy of Nuevo Leon and Invest Monterrey wrapped up a successful week full of meetings with the aim of promoting Monterrey as one of the most attractive destinations for investing in North America. 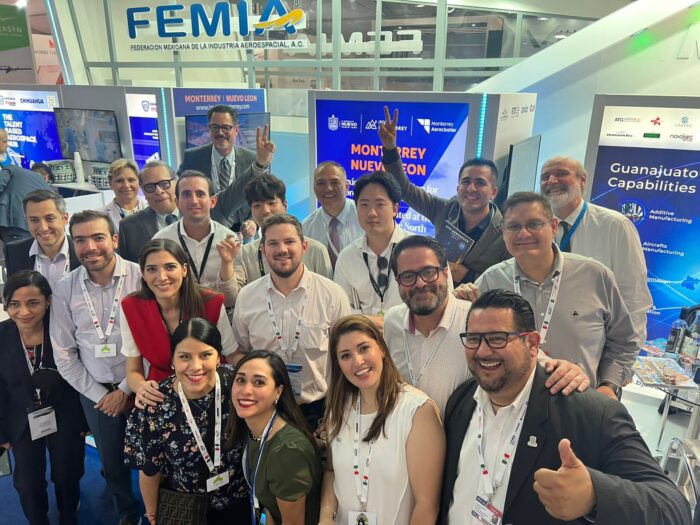 A booth to promote Monterrey was part of the Mexico Pavilion at the Farnborough International Airshow 2022, the world’s leading event in the aerospace industry, which hosted more than 1,500 exhibitors from 48 countries and more than 80,000 attendees, who gathered for 5 days to reconnect, do business, and discuss future technologies.

Dozens of business meetings were carried out by the Monterrey delegation with representatives from multinational companies, chambers of commerce, educational institutions, public sector officials, and international organizations. 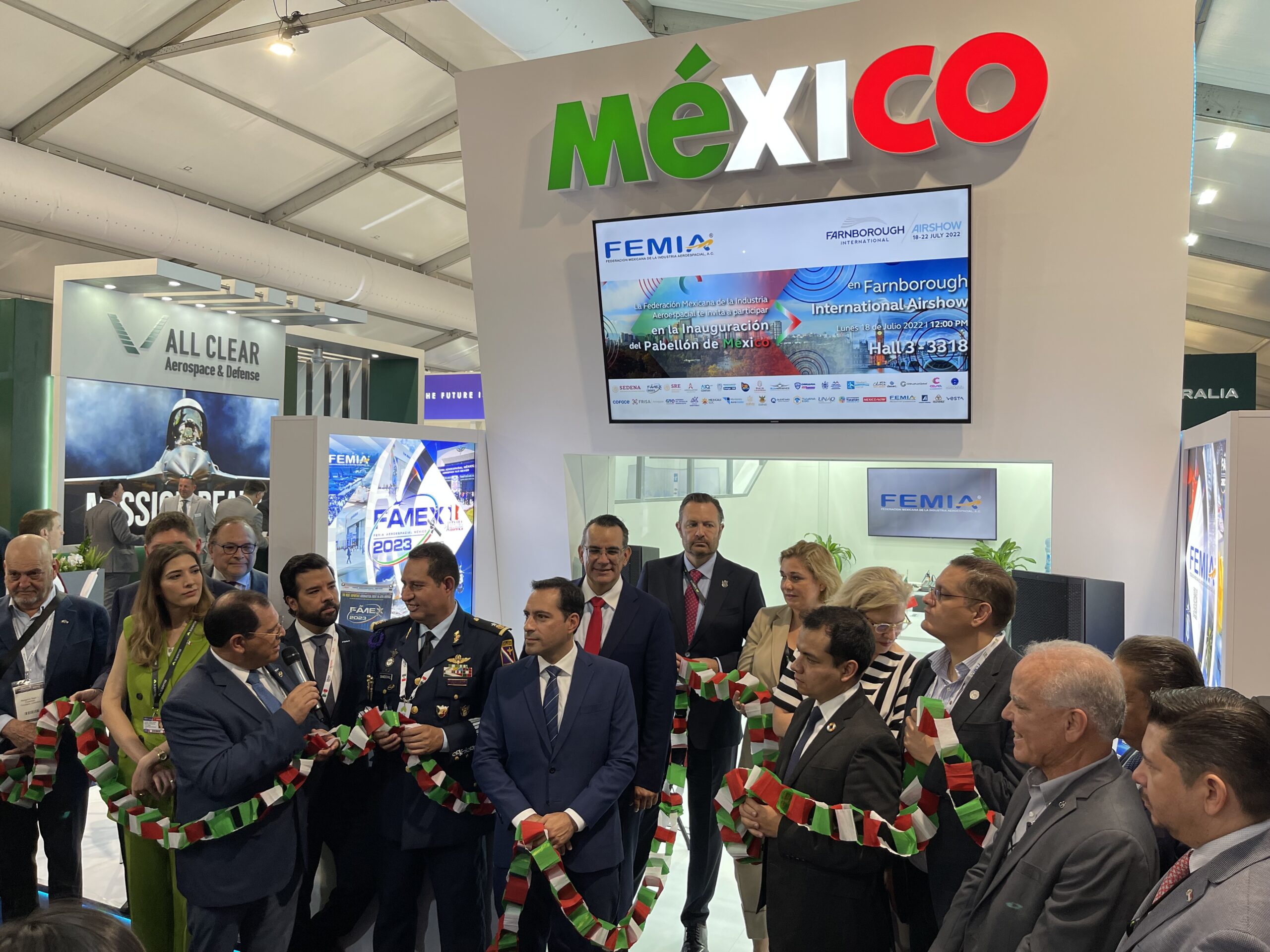 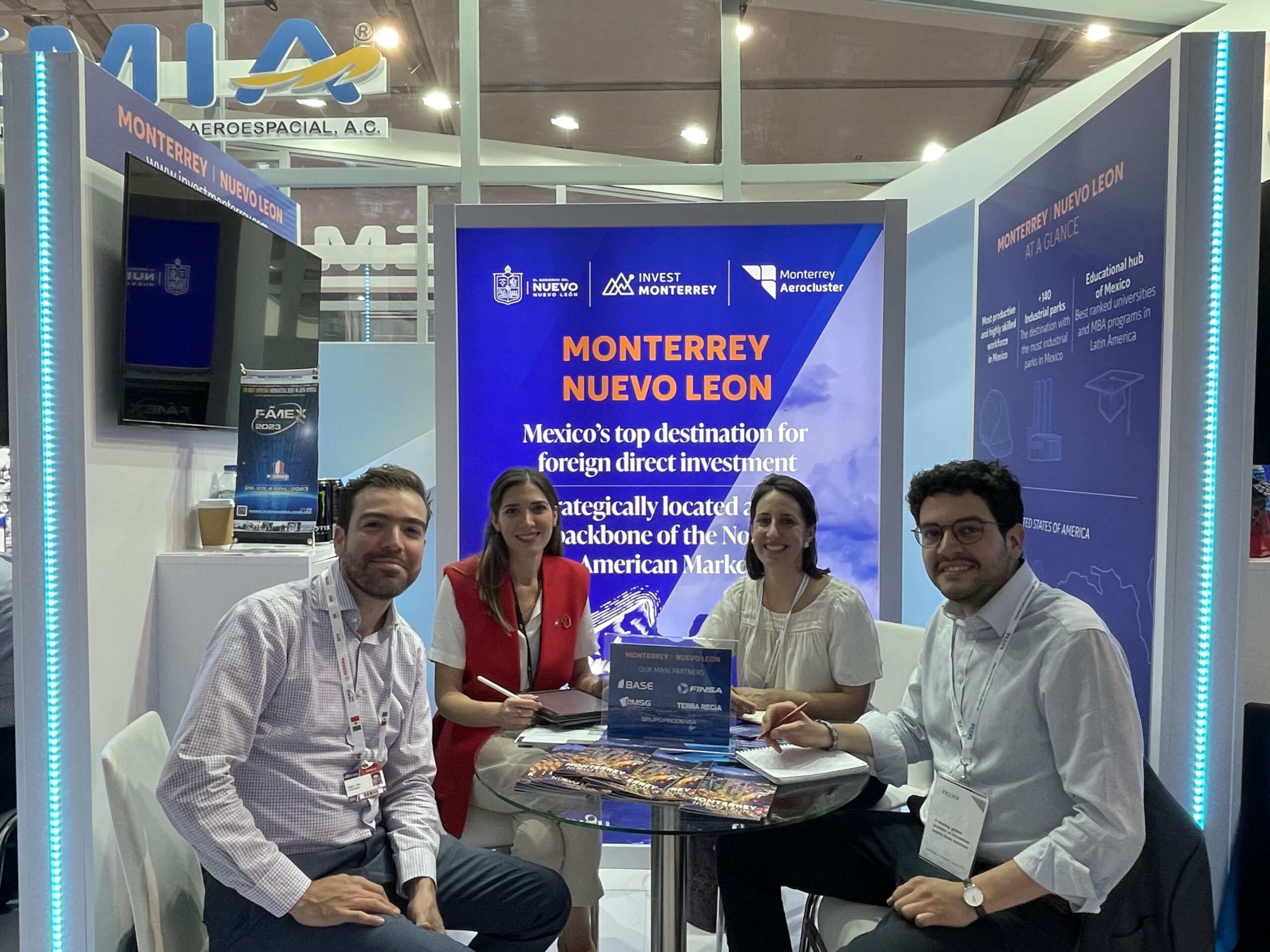 Alongside the Ministry of Economy of the State of Nuevo Leon, the Mexican Embassy to Germany, and Baker McKenzie, Invest Monterrey organized a business seminar in London, to promote Monterrey | Nuevo Leon as a top investment destination among international site selectors, chambers of commerce, and British companies interested in expanding operations to North America.

The attendees were able to hear information from experts in fields like real estate, finance, human resources, and much more from Invest Monterrey’s partners Banco BASE, FINSA, Prodensa, RMSG, and Terraregia. 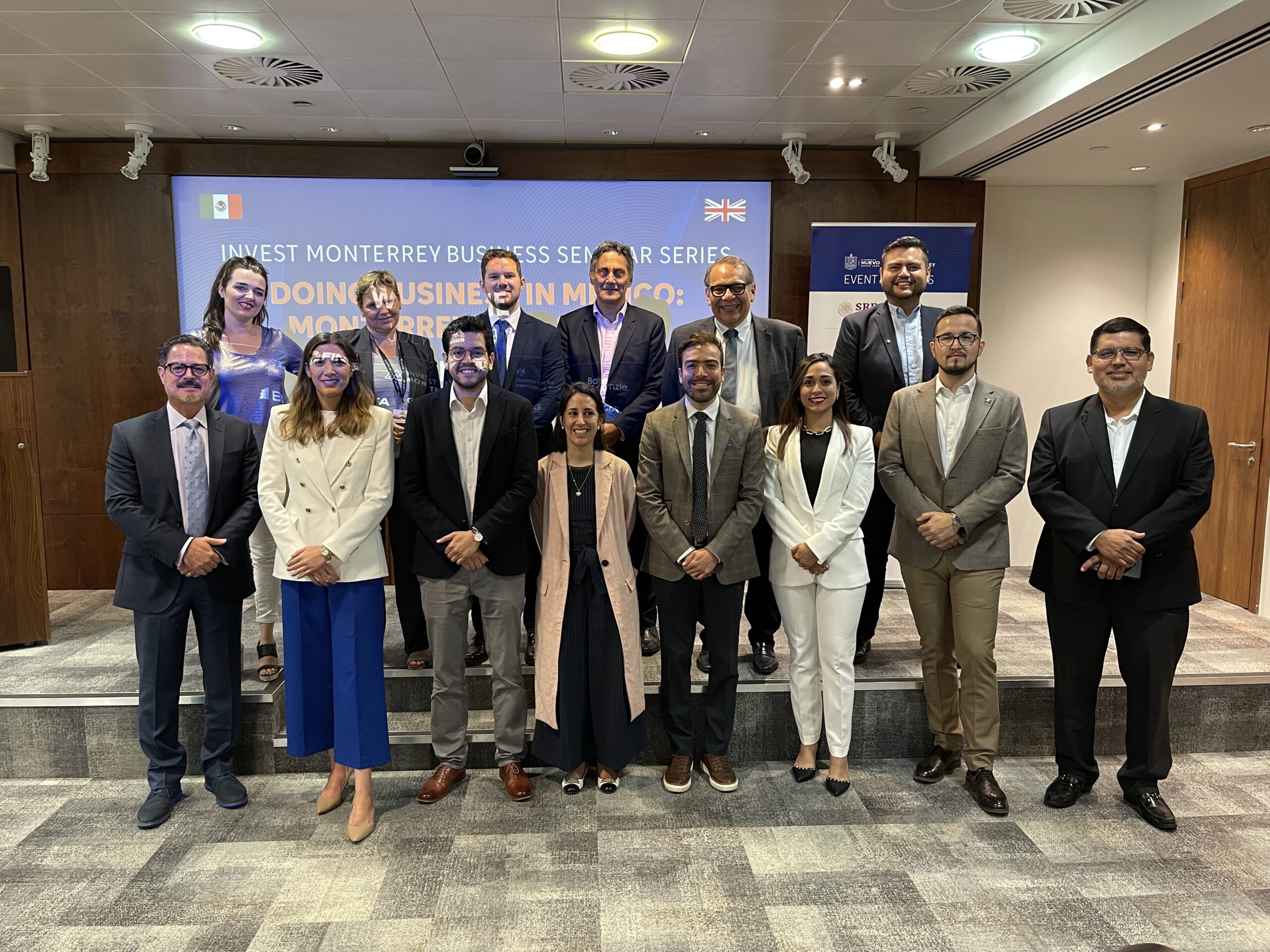 The delegation visited BAT, one of the largest companies in the UK, at their global headquarters in London. The company has been operating in Monterrey since 1997, which has become one of their most important in the world, surpassing 3,000 employees and exporting from there to multiple countries. 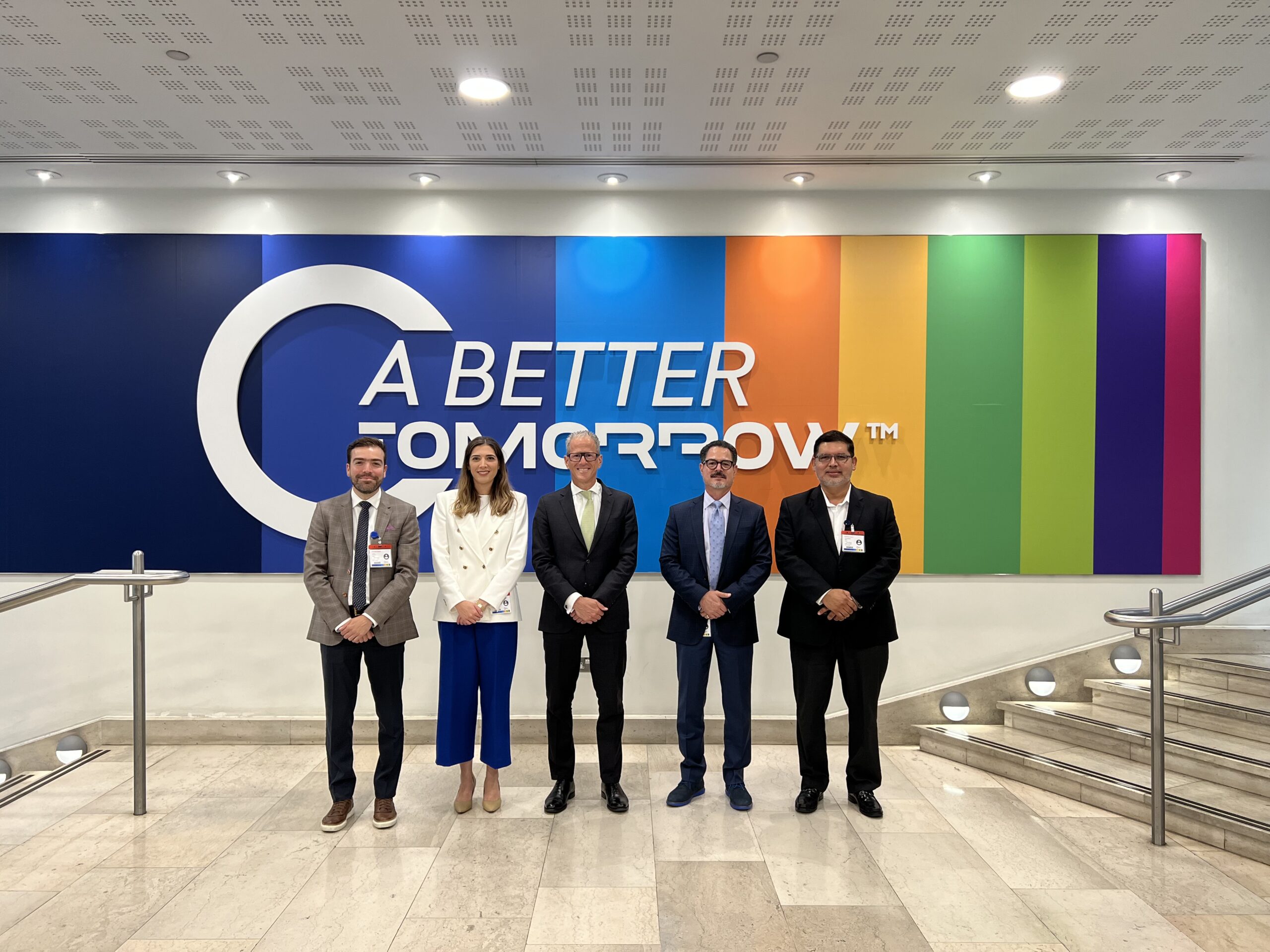 Renishaw was another company with whom the Monterrey delegation met during the trade mission at their global headquarters in Gloucestershire. Renishaw is one of the world’s leading engineering technology companies and already has a successful operation in Monterrey, with room to grow. 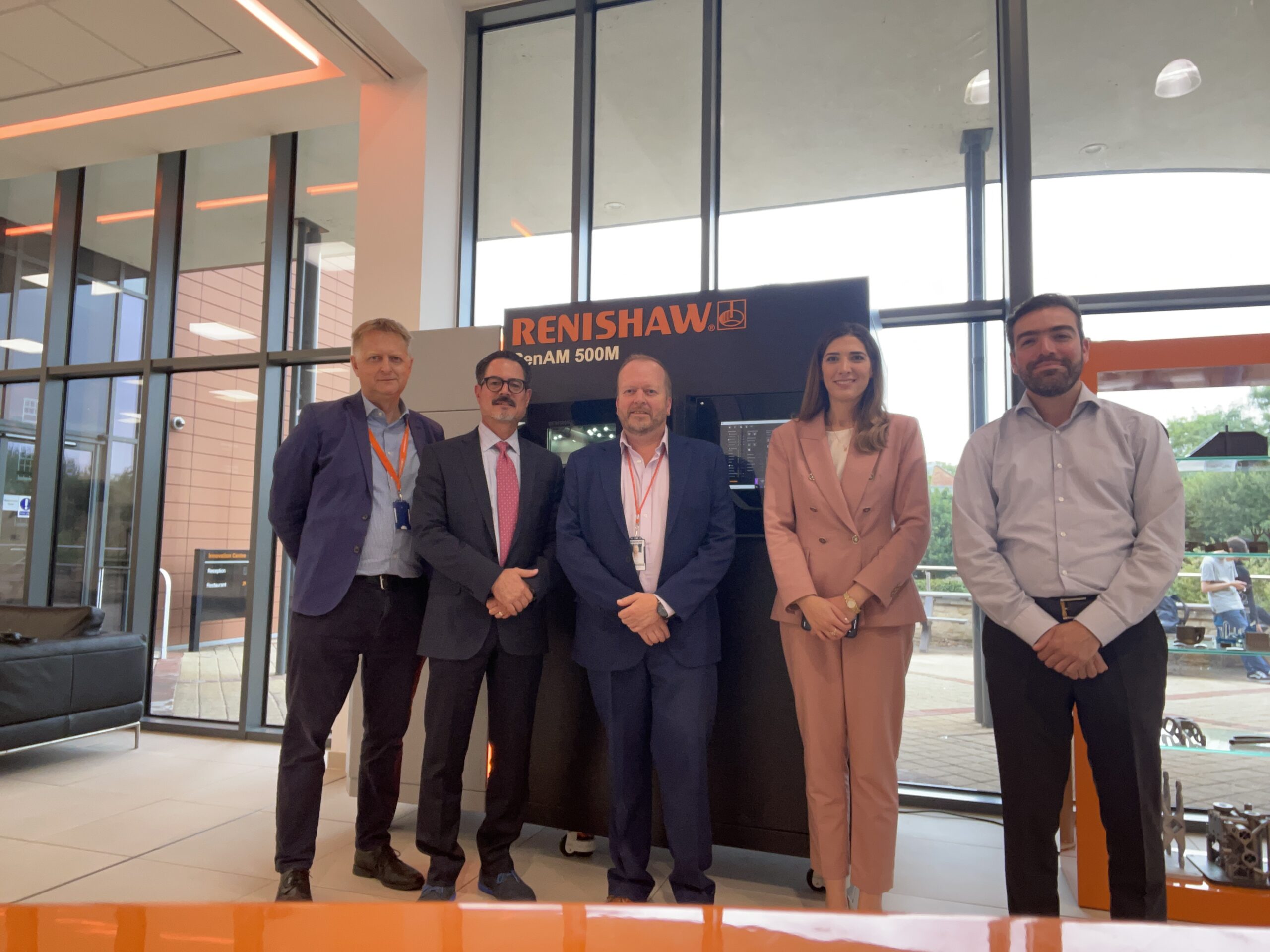 More meetings were held during the week with companies that in recent months have shown interest in establishing an operation in Monterrey.

The strong economic relationship between the UK and Mexico

The United Kingdom is Mexico’s sixteenth global trading partner, as well as the country’s eighth source of foreign investment. On December 15th, 2020, both countries signed a Trade Continuity Agreement to, despite BREXIT, maintain preferential access for mutual trade; the Agreement entered into effect on June 1st, 2021. Since 1999, Mexico has attracted more than $17.5 Billion USD in British Foreign Direct Investment.

In the state of Nuevo Leon, more than 90 British companies operate successfully, among them BAT, Renishaw, Edwards Vacuum, and EY (Ernst & Young).