The Government of Monterrey and Invest Monterrey led a business mission to South Korea, having a week full of opportunities to showcase why Monterrey is the best place to live and do business in Mexico.

Kicking off the main activities of our business mission in South Korea, we successfully organized the investment promotion seminar “Doing Business in Mexico: Monterrey | Nuevo Leon” in Seoul, alongside the Government of Monterrey, Deloitte, and our partners that were part of the delegation.

The more than 70 attendees representing Korean companies from different industries had the opportunity to hear information from experts in fields like real estate, finance, human resources, and much more from Invest Monterrey’s partners Citius AG, Intercam, Interpuerto Monterrey, Finsa, Prodensa, and Terraregia, tailored specifically towards the interests of the Korean companies.

“This seminar was an invaluable stage for promoting Monterrey to many Korean companies that are currently considering the possibility of expanding their operations to North America. Monterrey is the leading recipient of Korean investment in Mexico,” said Héctor Tijerina, Executive Director of Invest Monterrey. “We’re bringing our greatest strengths right to their doorstep at Seoul.”

After the seminar, the Monterrey delegation held a networking event with dozens of Korean companies to discuss in more detail their potential investment projects. 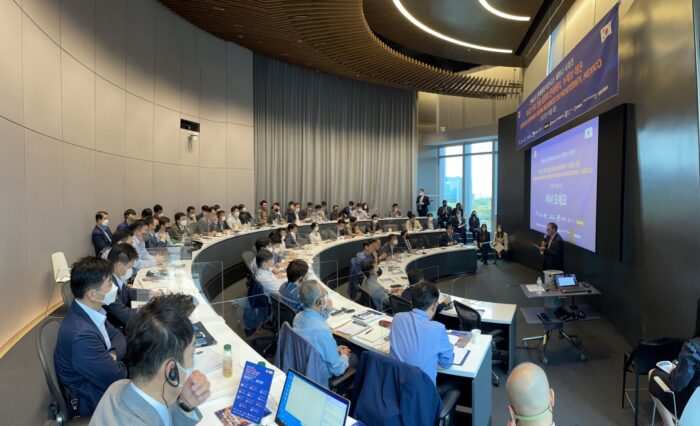 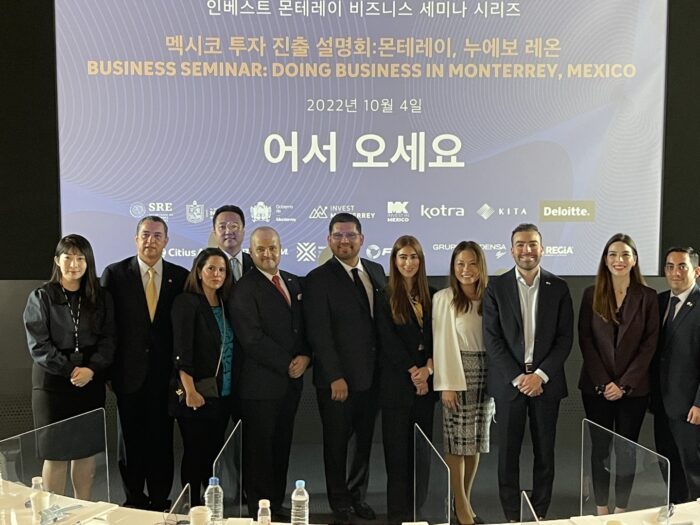 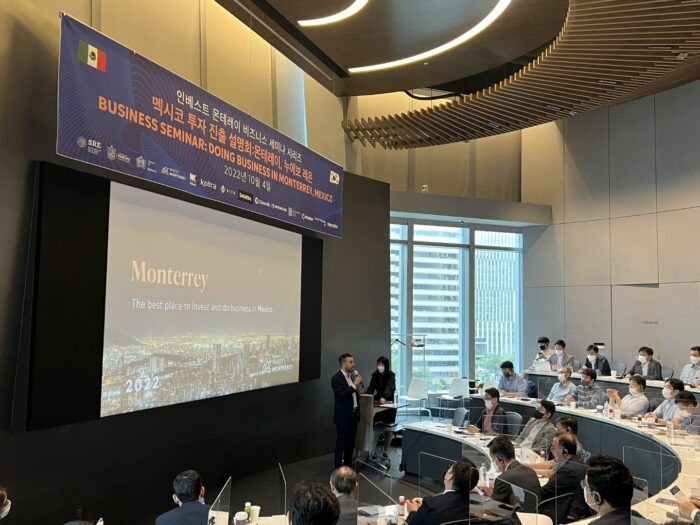 The KOA-GTT is Korea’s biggest automotive-related exhibition with the highest number of participants, attracting a high share of international participants.

“The Korea Auto Industry & Global TransporTech Show offers an ideal environment to form new business relationships for the Monterrey automotive industry and to expand its network, which will facilitate new and better business opportunities,” said Héctor Tijerina, Executive Director of Invest Monterrey. “Our participation is especially important due to the existing presence of Korean automotive OEMs and Tier 1 manufacturers in Monterrey, making it a target for more investments from other companies. We’re here to spread the message that Monterrey is wide open for business”.

During the event, Zaira Sáenz, Director of Investment of Monterrey, and Héctor Tijerina, Executive Director of Invest Monterrey, had the opportunity to participate on a business seminar for Korean auto parts manufacturers, showcasing Monterrey’s strengths and why automotive companies should consider it the most attractive destination for doing business in North America.

Monterrey has the strongest automotive industry in Mexico, with more than 280 companies, 5 OEMs, dozens of Tier 1s, and has positioned itself as the favorite destination for E-Mobility technology manufacturers. 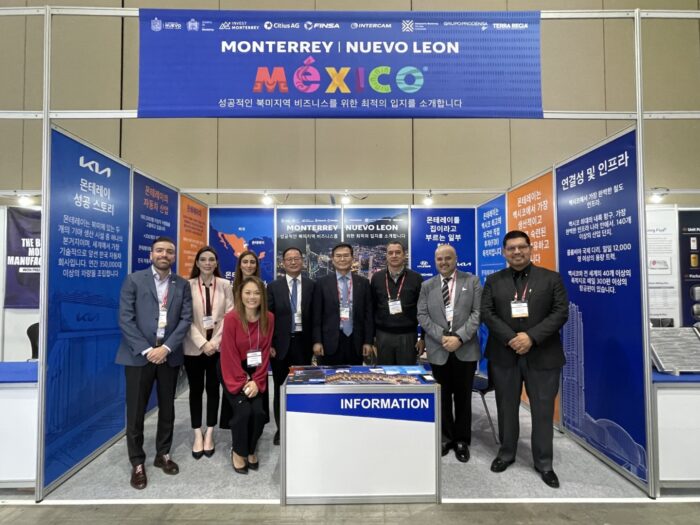 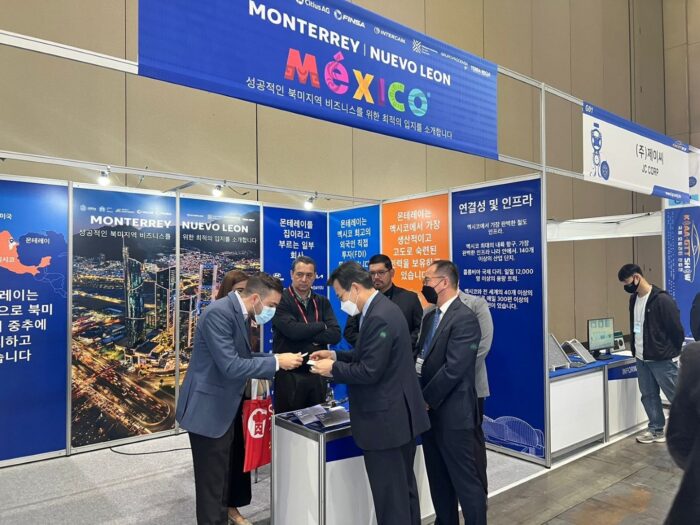 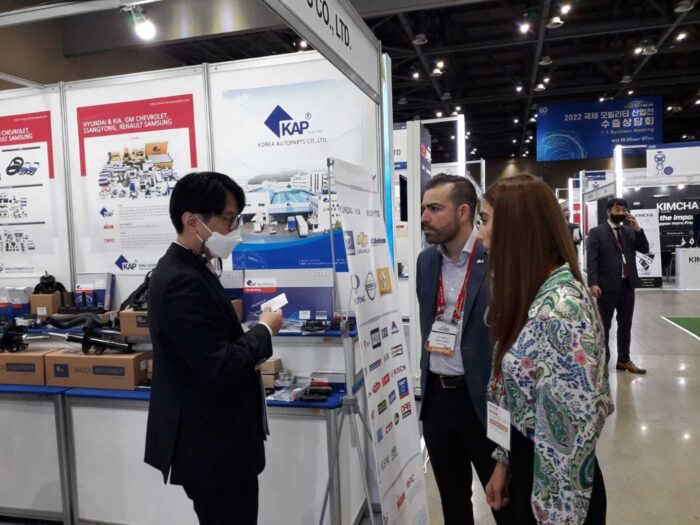 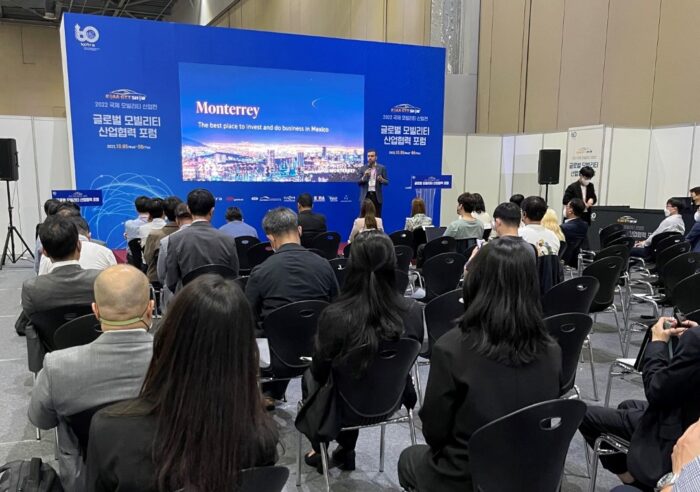 South Korea as a key trade partner for Monterrey

Monterrey is second to none as a recipient of South Korean Foreign Direct Investment. In fact, in 2015, 2016, 2018, 2019, and 2020 Monterrey was the #1 recipient of Korean FDI in the country, representing 42% of the total Korean investment received by Mexico.

Since the arrival of LG and KIA, multiple Tier 1 suppliers have come along with these OEMs. Korean investment in Monterrey promises a bright future.

Some facts about Korean investments in Monterrey (Nuevo Leon) include:

– Monterrey (Nuevo Leon) has received $2.48 billion US dollars of Korean FDI since 1999, more than any other destination in Mexico.

– South Korea is the second largest investor in Monterrey.

“Our business mission to South Korea was a huge success. It answers the need to take advantage of the great business relationship that South Korea and Monterrey have built. During this week, we saw more interest than what we expected from Korean companies looking to establish operations in North America.” said Héctor Tijerina, Executive Director of Invest Monterrey.