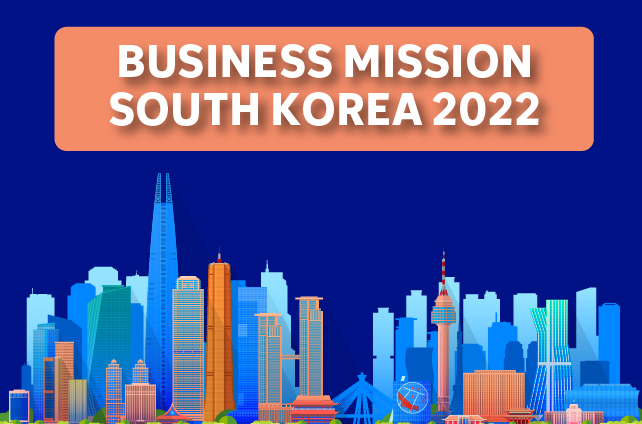 The Government of Monterrey and Invest Monterrey are leading a business mission to South Korea, having a week full of opportunities to showcase why Monterrey is the best place to live and do business in Mexico.

The agenda includes hosting our very own business and investment seminar in Seoul co-organized with the Embassy of Mexico to the Republic of Korea and Deloitte, where our delegation full of experts will have the opportunity to highlight the benefits of investing in Monterrey to dozens of Korean companies interested in expanding operations to Mexico and/or North America.

The delegation will also have an important participation in the Korean Auto Industry & Global TransporTech Show, Korea’s biggest automotive-related exhibition, having a special booth to promote Monterrey as one of the most attractive destinations in North America for automotive companies.

Alongside these two important events, during the week, the delegation will be holding private meetings with key Korean companies and business associations that represent different strategic industries.

“This is a great moment to have a trade mission to South Korea as we have been in discussions for the past couple of months with many Korean companies looking to relocate operations to North America,” said Héctor Tijerina, Executive Director of Invest Monterrey.

“The government of Monterrey is always open for business, especially that coming from South Korea. We’re ready and looking forward to helping them at every stage of their projects, facilitating the process of investing in Monterrey,” said Zaira Sáenz, Director of Investment of Monterrey.

South Korea as a key trade partner for Monterrey

Monterrey is second to none as a recipient of South Korean Foreign Direct Investment. In fact, in 2015, 2016, 2018, 2019, and 2020 Monterrey was the #1 recipient of Korean FDI in the country, representing 42% of the total Korean investment received by Mexico.

Since the arrival of LG and KIA, multiple Tier 1 suppliers have come along with these OEMs. Korean investment in Monterrey promises a bright future.

Some facts about Korean investments in Monterrey (Nuevo Leon) include:

• Monterrey (Nuevo Leon) has received $2.48 billion US dollars of Korean FDI since 1999, more than any other destination in Mexico.

• South Korea is the second largest investor in Monterrey.