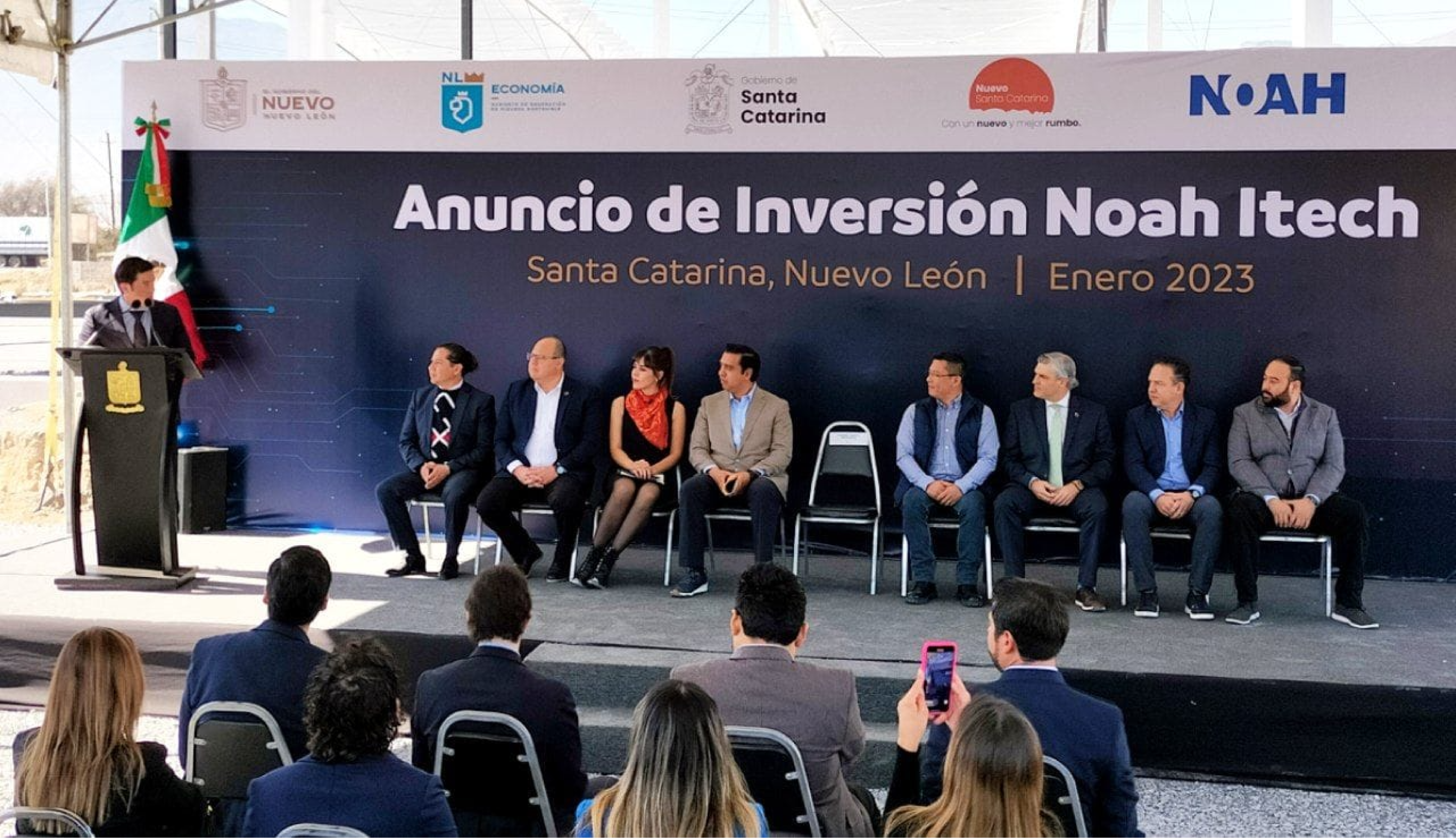 Noah Itech, a Chinese company, has begun construction on its first factory in Mexico with an announced investment of $100 million USD to produce automation equipment. The company will create 100 high-skilled jobs will establish at VYMNSA industrial park, in the western part of Monterrey’s metro area. The company will start operations this year.

Governor Samuel García praised the investment, stating that it follows a trend in Monterrey of announcing a new company every week. He highlighted Monterrey’s infrastructure and highly productive workforce as some of the main drivers behind the investment.

Iván Rivas Secretary of Economy, added that Monterrey graduates 15,000 engineers and scientists, as well as 20,000 technicians from local universities each year.

Noah Itech specializes in providing design, installation, and automation services to the 3C manufacturing industry (computing, communication and consumer electronics). High-tech products make up more than 95% of their total sales.

2022 was a record-breaking year for Monterrey with 19 new Chinese investment projects announced, in a diverse range of industries, like electronics, furniture, home appliances, and auto parts.